How does one qualify for each?

The ‘Disney Princess’ (about 14 total)

Real Princess (either of these conditions)

Real Princess have extensive training and grooming to adjust them to their high level functionality and role in life. They are highly educated, know several languages, involved in multiple rare hobbies, learn proper etiquette, have great manners, understand various forms of address, always look impeccable, are good role models, support a cause or charity, know how to converse well in any situation, and are interested in arts & culture. Whew!

Do you consider yourself a princess? if so, which one?

This is why I call myself a Feminine princess:

Are you a Feminine Princess too? Join us!

Podcast on how “a Princess thinks”

Video on things a real Princess should do coming soon, follow so you wont miss it!

a woman's worth, creation revelation, feminine life, femininity and masculinity, scientific difference between men and women, why Mary was chosen, women's uniqueness

We are the only gender and species on the planet that was made from ANOTHER LIVING BEING. Everything else was made and formed from elements that weren’t alive. Animals, Plants, Flowers, even Men were formed / created from all types natural substances. But women? We were formed from Man.

What does that have to do with Mary? I find it interesting that the LORD approached her, via an angel, with a proposition that was scientifically is the opposite direction of the initial creation flow.

The Angel says that the Lord’s Spirit will come upon her, a woman, to produce a Child, whom ‘shall be called the Son of God’ ~Luke 1:35. Consider that for a moment. Now God is using a Woman to make a Man, without any other man’s assistance. Man is now being created by a living thing. 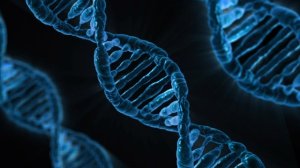 Why did God chose a woman instead of just creating Jesus from the earth like He did Adam? I believe it’s because of our unique characteristics. We have more genes than men (1000 on each of our two X chromosomes, while men have 45 on their one Y chromosome). Yet I don’t think we were chosen for our genes alone, but also for our spirit. Since we have two X chromosomes, indicating our femaleness, womanhood, & femininity, I think we were chosen because we were the counterpart to God’s own Spirit.

Think about it. If His spirit wasn’t pure masculinity, then He would need to mix with maleness on the earth to be reproduced here. Being that He choose a feminine spirit, He is / was enough masculine to produce a baby.

This makes me feel….wonderful. Knowing that Mary, her spirit, her femininity, her chromosomes, rest in me. And it’s potent enough to get me noticed….by God. Women, feel that truth the next time you feel unworthy. God notices and loves you so much, He chose to have a Child with your gender ♡

The Scientific way Woman are Special

How to Get & Keep a King

How feminine are you?